Maisa Tisdale has advocated for the preservation of the Mary and Eliza Freeman Houses since 1994, and founded the Mary & Eliza Freeman Center for History and Community in 2009 after coordinating a successful movement to save the homes from demolition. Ms. Tisdale led the Freeman Center as a volunteer until 2019 when she became the Center's first professional staff member. Over the past ten years Maisa Tisdale not only focused on the restoration of the Freeman houses, but has worked to create a safer and healthier "built" environment in Bridgeport's South End - stressing the importance of historic preservation, community development, environmental justice, and climate change.

Maisa was born in Bridgeport, Connecticut. Her parents, James and Loyse Tisdale, were educators and civil rights activists. They received national awards for their success registering Black voters as NAACP Youth Council advisors in the early 196o's. They also successfully challenged discriminatory laws, public policies, and social practices in the areas of education, housing, and employment, both in Connecticut and on a national level. The dedication of her parents to civil and human rights - and their love of history - remain Maisa's strongest influences. Six generations of Maisa's family were born or have lived in Bridgeport.

Maisa Tisdale worked as a private contractor for the US Department of State's Bureau of Education & Cultural Affairs (ECA) for many years; and has worked as: Executive Director of The Ocean Classroom (Bridgeport); Assistant Director of Admissions at Fairfield University; and Manager of Sponsorships and Grants at the Mashantucket Pequot Museum and Research Center. Ms. Tisdale's assignments with ECA strongly reinforced her lifelong belief that arts and culture can indeed precipitate lasting and systemic change for the better, between nations and between diverse groups of people.

ECA was established by the Fulbright-Hays Act in 1961. Its mission is to "increase mutual understanding between the people of the United States and the people of other countries by means of educational and cultural exchange that assist in the development of peaceful relations." In this capacity, Ms. Tisdale traveled to 49 of the 50 United States and several tribal nations with 500 emerging leaders from 100 countries. In 1994 Maisa Tisdale became the first American to address high school students of the former East Germany, in their classrooms, after the fall of the Berlin Wall. She spoke about the role of Black children and youth in the United States Civil Rights Movement. Maisa Tisdale believes in the transformational power (and wonder) of Art & History.

Deckhand and Docent, aboard Sailing Ship PRIDE OF BALTIMORE II 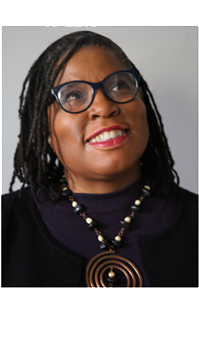 Enter your email address to receive alerts and other updates from the Freeman Center.

Get to Know Us

The Mary & Eliza Freeman Center for History and Community

Hours
By Appointment Only
Due to Covid-19